As the Global Brand Marketing Director at THQ, Lisa was looking to take advantage of the growing popularity of mobile gaming.  THQ held the Puss in Boots license with DreamWorks Animation and had launched a line of Puss in Boots console games in winter 2011 to kids 6-12.  The Fruit Ninja mobile game by Halfbrick was the top selling mobile game in 2010/2011 to casual gamers.  THQ created a partnership with Halfbrick and DreamWorks Animation by sublicensing Puss in Boots to create a Fruit Ninja Boots in Boots mobile game to reach a much larger audience with a larger marketing reach.  Lisa managed the partnership, marketing plan, demos, advertising, in-theatre activity, digital plans and more. 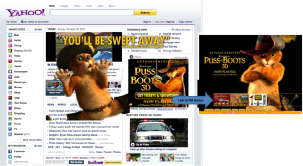 Who Is Lisa Perry?

I'm Lisa Perry and I have a passion for identifying opportunities that create consumer engagement. As a respected marketing leader, I have created magical moments for consumers by spotting trends and understanding consumer behaviors and desires in order to drive innovation. This is my personal website and blog where I share my perspective on marketing.

What Others Have To Say…..

“Lisa is a true marketing professional with a deep understanding and background in global brand management and consumer marketing. Lisa’s experience in taking brands to digital and her deep knowledge of entertainment is second to none. Lisa has pulled off some of the most integrated marketing campaigns I have ever seen.”
- Andy Hodgson, VP Marketing at THQ Inc. (Casual Games Group)